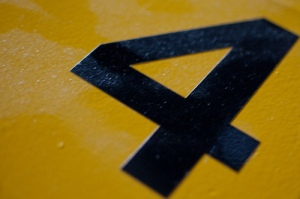 Fitzgerald had a lively outing for Leinster against Bath as he showed just how talented a player he is. Fitzgerald seems to be gradually rediscovering his best form after a couple of inconsistent seasons and that continued at the Aviva. As pointed out by his teammate Brian O’Driscoll after Saturday’s game, Fitzgerald seems to be making good decisions more often than not. In the past, the 23-times capped Irish international has often been guilty of bad decision making and an over eagerness in attack. This season we have seen a seemingly more relaxed Fitzgerald and his all-round game has benefited from this approach.

Fitzgerald scored two tries at the Aviva on Saturday. Photo via M+MD.

On Saturday against Bath, Fitzgerald showcased his footwork and pace as he scored twice. The first try was a fairly routine run-in after Devin Toner and Rob Kearney had done all the hard work. However, the Blackrock man’s second try was the winger at his best. He showed neat footwork to step inside and swerve around two tacklers then his initial burst to get away from the covering defence was lightning-quick. In between his own two tries, Fitzgerald’s pace helped him to provide the try-scoring pass for Jonathan Sexton’s score.

Declan Kidney will surely be impressed with how Fitzgerald has bounced back from the disappointment of missing out on the World Cup squad. The form of the 24-year-old means that Kidney will probably involve Fitzgerald in the upcoming Six Nations squad. Ireland are certainly not short on options on the wing at the moment but if the Leinster man puts in more displays of this quality then we will see him back in the green jersey sooner rather than later.

Murray in action against Aironi earlier in the season. (c) Ivan O'Riordan

Murray needed a big game against the Scarlets and he delivered. Murray was not at his best in the first match of the double-header with the Scarlets but he responded well on Sunday. Tomas O’Leary has impressed off the bench for Munster and is keeping the pressure on Murray. Both players are benefiting from the competition and that can only be a good thing for Tony McGahan’s squad. It’s easy to forget how early a stage Murray’s career is at, especially when he puts in a showing like he did on Sunday.

Against the Scarlets at Thomond Park, Murray showed how complete a scrumhalf he is. He is superb at directing play and he gets the best out of the Munster forward pack in terms of carrying. The 22-year-old’s intelligence lies in how and when he hits the runner. He varies his game well between direct passes from the base of the ruck, sniping himself or taking a few steps before hitting the ball-carrier. This variation keeps opposition fringe defences constantly guessing.

Perhaps the area of his game that needs most work is his box-kicking. While the Limerick native is a naturally talented striker of the ball, he can sometimes put a little too much length on his box-kicks which means the opposition has time to counter-attack before the Munster chase is upon them (For example, Chris Ashton’s try against Munster). This consistency will come with experience, and Murray’s kicking was very good on Sunday.

Murray’s ability to carry the ball himself is what makes him such a rounded scrumhalf. The Scarlets game was a perfect example of this. Murray carried the ball 9 times over the course of his 63 minutes on the pitch. That was the most carries by any scrumhalf over the whole weekend of Heineken Cup action. His break in the second half showed his ability on the ball, as well as a good turn of pace. Another strength of Murray’s is his defensive game. He is physical enough to make his tackles and he is brave under the high ball. Murray’s all-round performance was a remainder of what made him Ireland’s first-choice number 9 at the World Cup.

O’Halloran put in another promising performance for Connacht as they went down 23-19 to a late Gloucester try. The 20-year-old Galway native has been one of Connacht’s better performers this season despite the fact that he has been starved of quality ball. While the likes of Luke Fitzgerald benefit from Leinster’s expansive style of play, O’Halloran rarely gets much time and space on the ball with Connacht’s more limited style. However, the young winger almost always makes the gainline when he is in possession. He has an uncanny ability to make a yard or two more than looks possible.

Against Gloucester, O’Halloran had the most carries of any player on the pitch. Many of these were kick returns but the Ireland U20 international is also intelligent in coming off his wing and involving himself in open play. O’Halloran had 13 carries but only actually made 26 metres of gains. This is a misleading statistic though as much of the time O’Halloran got on the ball he was under immediate pressure. The fact that he still made positive yards is actually an impressive thing.

O’Halloran was on the scoresheet against Gloucester, his 2nd try in 4 Heineken Cup matches. Much like his try against Harlequins, O’Halloran didn’t have much to do on Saturday but he at least shows the awareness and work-rate to be in the right place to finish off line-breaks. Defensively, O’Halloran appears to be solid. He made all 6 of his tackle attempts against Gloucester and, as has been mentioned, he fielded a high number of kicks as well. 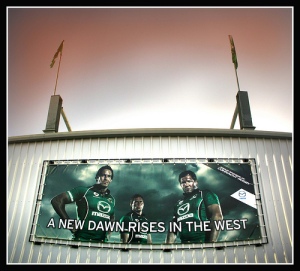 O'Halloran is hopefully part of a "New Dawn" in Connacht. Photo via boocal.

This was another promising exhibition of O’Halloran’s talent. Along with the likes of David McSharry and Eoin Griffin, the ex-Roscrea man offers hope for the future of Connacht rugby. Eric Elwood will recognise the importance of ensuring O’Halloran joins Griffin and McSharry in tying his future down to the province. If he continues to perform like he did against Gloucester, lots of clubs will be sniffing around O’Halloran.

Court was one of Ulster’s best players as they secured a vital try-scoring bonus point away to Aironi in Round 4. The Australian-born prop has 24 caps for Ireland and was part of the World Cup squad, but it is sometimes easy to wonder just why he is rated so highly by the Irish management. His display on Saturday was a typically efficient example of what he brings to the pitch. As a relative late-comer to the sport of rugby, the former shot-putter is still improving, even at the age of 31. He only played rugby for the first time in 2004 so to be where he is now is an incredible achievement.

Against Aironi, Court was an integral part of an Ulster scrum that won 100% of their own scrums. This was against an experienced pack of Italian internationals. With John Afoa at tighthead, Court at loosehead and Rory Best hooking, the Ulster front row is particularly strong currently. Court managed to get over for his 2nd try of the season with a pick-and-go from a metre out. A fairly unspectacular score but that’s they type of player Court is. He gets his job done without any fanfare and there is something of John Hayes in that characteristic.

Court’s ability to cover both tighthead and loosehead is what makes him a valuable squad player for Ireland. To have someone as solid as him on the bench is reassuring in case of injuries. Declan Kidney will be encouraged to see that Court is still growing and improving as a player. He will no doubt be a part of the Ireland squad once again for the 2012 Six Nations. Kidney will hope that Court can continue to improve, helping to create even more competition in the Ireland squad.

This entry was posted in Four on Form and tagged Conor Murray, Luke Fitzgerald, Tiernan O'Halloran. Bookmark the permalink.