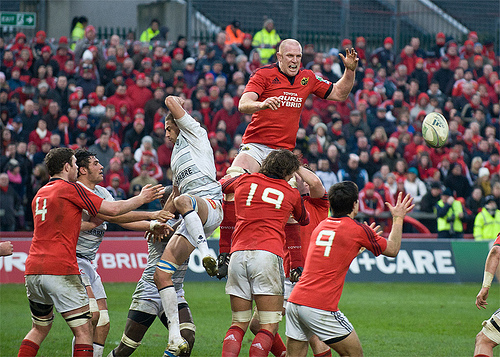 Ulster were irrepressible as they ripped the Tigers to shreds in front of an overjoyed crowd at Ravenhill. Tries from Craig Gilroy, Andrew Trimble (2) and Paul Marshall as well as 21 points from the boot of Ruan Pienaar did the damage for Brian McLaughlin’s team. Ulster completely dominated the Tigers, who had hopes of a push for the quarter-finals coming into this game. Ulster remain top of Pool 4 but now have the unenviable task of a trip to Clermont on Saturday.

Clermont showed good form themselves over the weekend as they humiliated Aironi. However, if Ulster can repeat Friday night’s performance then they have a real chance of winning in France. If they do lose, they can still top the group if – 1) they deny Clermont a try-scoring bonus point, 2) get a losing bonus point themselves and 3) either score more tries than Clermont in the game or lose by less than five points. Lots of permutations for what should be another thrilling Heineken Cup game.

Here’s Pool 4 heading into the final round of games next weekend:

Munster became the first side to secure a quarter-final berth in this season’s Heineken Cup as they overcame Castres at a packed Thomond Park on Saturday. Despite a promising opening ten minutes, which saw Johne Murphy cross for a well-worked try, Munster got dragged into a real battle with Castres’ second-string. Wian du Preez’s try with twelve minutes to go confirmed the win. Ronan O’Gara was as reliable as ever from the tee, converting both tries and adding four penalties.

Speaking after the game, Paul O’Connell admitted that Munster were”frustrated” with their performance. For the second week in a row, plenty of chances were created but there was a lack of accuracy in finishing them. Looking at the positives, Munster are in a much better position than this time last year and go to Northampton knowing that a win would guarantee a home quarter-final. The Saints will be out for revenge in a big way.

Connacht came away from Toulouse with a certain amount of pride after showing up well. Despite four tries for the home side, Connacht were much improved on last week’s loss to Aironi and were unlucky not to get a couple of tries themselves.  The travelling Connacht fans were rewarded for their loyalty and Eric Elwood will certainly find positives ahead of the final pool match against Harlequins on Friday night at the Sportsground.

Niall O’Connor opened the scoring after 14 minutes but Toulouse gradually got on top. The prolific wing Timoci Matanavou scored two tries with Maxime Medard and Louis Picamoles also crossing the whitewash. Lionel Beauxis was on target with two conversions. Connacht will look to finish off their maiden Heineken Cup campaign on a high against Harlequins. Conor O’Shea’s side can still qualify so a first win for Connacht would be a huge shock.

Here’s Pool 6 after the weekend’s action:

Here’s the highlights from the Toulouse game:

Joe Schmidt’s Leinster weren’t at their best in Glasgow but still managed a win that sees them secure a quarter-final with a game to spare. As predicted, Glasgow worked hard as they fought for their Heineken Cup lives. They will be dissapointed with the soft try they conceded to Rob Kearney. If truth be told though, the Warriors never had enough quality to come out on top.

Johnny Sexton kicked one penalty for Leinster but when he picked up a calf strain, Fergus McFadden took over the kicking duties. The centre slotted two conversions and two penalties to top off a fantastic all-round performance. Isaac Boss was the other Leinster try-scorer. Leinster host Montpellier at the RDS on Saturday and a win would be enough to ensure a crucial home quarter-final. That win should be well within Leinster’s capabilities.

Here’s Pool 3 after the fifth round of matches:

Here’s the highlights from the Warriors vs. Leinster game: